What you can't ignore

Wherever you go today, you'll see the news bout the late Michael Jackson's death.
You just can't seem to ignore it. It's everywhere. On CNN, on MSN homepage, on everyone's personal message on MSN, facebook etc. And the radio's been continuously playing Michael Jackson's song!

Well I'm not really a fan of Michael Jackson, but I think I have to admit that he is indeed, a legend. Not to mention his songs and dance moves because I know everyone knows bout those already. I mean, c'mon.. he even has drinks named after him! That's amazing.
Personally, I think he looked better before changing his skin colour. But that's his personal life and I think that nobody should judge him based on that.
Whatever it is, he deserves our respect.
RIP 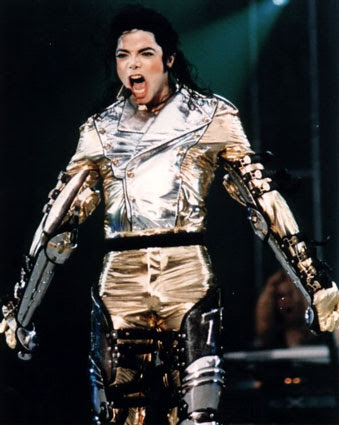 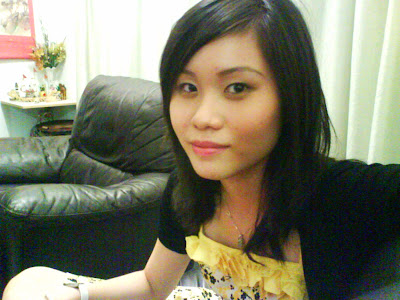 See how it was kinda straight and a lil wavy (but not too much)? 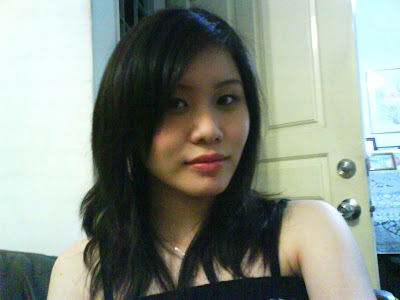 It looks so unmanaged on the right and my head looks big now.

Hmm... i think i need another haircut soon.

Oh by the way, have I told you that i get my haircut for RM10-12 depending on how much i cut? So cheap. and it's quite good for a simple haircut =)

The examinations are finally officially over. I'm now one hella free soul.

But I needa recover my social skills. Haven't been really talking to anyone for almost the past whole month! Been interacting with books though. haha. Looks like it's time for me to get out there and randomly find some people to speak to huh.

Right now I'm still pretty reluctant to blog yet (nothing to blog. sobs.). So I'll see you when I see you!

I'm going on a vacation next week. YAYS =D

David Archuleta is soooooooo so so so so SO CUTE!
Posted by Sue Shan K at 11:27 PM No comments:

I am currently facing the final exams.

Yesterday was my first paper of the semester. Today was the second.
It (today's) pretty much sucked cos it involved more writing (on theories) than I expected. And some questions were like... wtf. yeah that explains it.

Sigh this was the paper that I aimed to do well. Unfortunately there was not enough time to prepare for this because I dedicated most of my preparation time to yesterday's paper. sigh. Talk bout time management huh? I gotta do better in managing my time. Hope hope pray I'll do well in this yeah.


As if it wasn't enough to affect my day, there was another shock after that.

My family and I went for dinner at Taman Megah food court. Dad drove the Camry out. So we parked our car at the carpark near the badminton court. After our dinner, we returned to our car only to find that the window on the driver's side was gone.

to be precise, it was on the floor. someone broke it. and there were signs that someone was trying to force open the door.

Fortunately nothing was stolen. But we're guessing that the thieve intended to steal the car but maybe someone saw him and hence he ran away and didn't get to steal anything in time.

Not even the "smart tag". Only damage was the broken window.

What can i say bout this?

I don't know. ta ma de. God(s) (of any religion) shall punish the thieve. He'll have his share of this crap in the near future.

Anyway, let's put all the sad things aside for now. To cheer things up a bit, take a look at this. Titled "terjumpa.. Penguin hidup di tanah air".

Haha wtf. The title suits the picture so well. 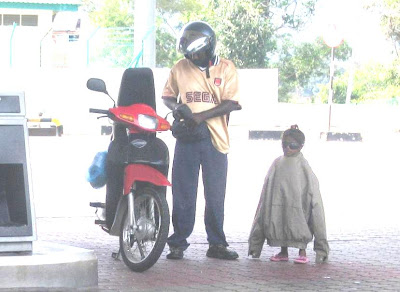