One more assignment down today. But unfortunately I fell sick after that.

Nevertheless, while i was rushing through the assignment to finish the touch ups, i received an sms from grace all the way from Aussie that put a smile on my face. Shari does that too, sometimes.

Thanks gals, for remembering me. I ought to do that to remind you guys that you're remembered too, eh? haha.

Recently I haven't much motivation to blog. some of the reasons being:
- there is nothing much to blog, because my life'd been dedicated to the rather heavy workload.
- it's boring to blog nowadays? haha. this may be true =P

The end of the semester is closer and closer as each day passes.
Of course, before i can kiss the semester goodbye, i have the final exams to face. scaryyy but i'm kinda looking forward to that though. hmm..
Just hope I'll have enough time to revise all the syllabus and have the answers to the exam questions at my fingertips. haha. that'd be really great.

Last Sunday was Suan Shih's birthday. HAPPY (belated) BIRTHDAY, SUAN! well i wished her on time in real life though ;) we even bought her a scarf which is similar to the one that we bought for Grace's farewell. I personally liked both their scarves a lot.

We had a fun day out and i felt really entertained. It's always good to relax a lil in the midst of all those stress. Furthermore it's with the girls (and some lovely guys) I spent my time hanging around with. it's just awesome =) i'll try to make sure that we spend enough time before going separate ways yeah (1 is already in aus, some are going, some(or 1) will be going to UK instead, some staying back in malaysia =/)

No pictures were taken on that day cos we were too busy talking and eating (Italianies's cabonara is so yummayyy).

I wanna go for holiday with you guys laaa. I hope that'll happen. heh.

by the way, that day at Italianies, this kah keat randomly mentioned that he and the guys plan to dance to Sean Kingston's "Fire Burning" when we go for holiday.

As if him mentioning that they (the 3 guys) want to dance in front of the mirror together in the hotel room (what are you thinking heh heh heh) is not funny enough, but in addition to the humour, he actually sang the part which sounded like this:

"Somebody call 9 1 1. Shorty fire burning on the dance floor..." (what a ridiculous yet funny phrase. haha.)

I and some other people at the table burst into laughter once we heard him singing. haha. i don't really know how to describe the situation, but his face was really funny. Trust me, it really was.
Cheers.
Posted by Sue Shan K at 11:54 PM No comments:

This may be a lil outdated but..


What's up with Shan? (for the past few weeks) 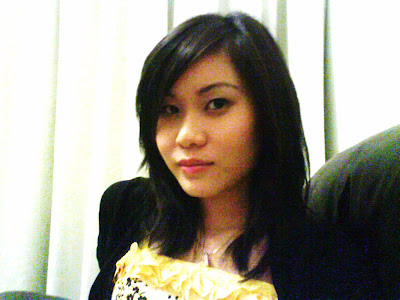 I cut my hair! and loved the hair cut. this is how i look like now. =D
after so long, I finally chopped it past-shoulder length.
Because long hair (waist-length) was too boring for me already.

my hair used to look like this.
I just realised it is now so much shorter than before o_O
bravo! say hello to change! haha. 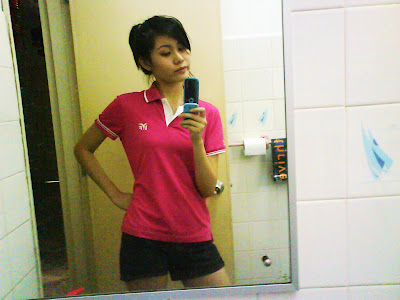 I love my new haircut.
it even looks good when tied up. 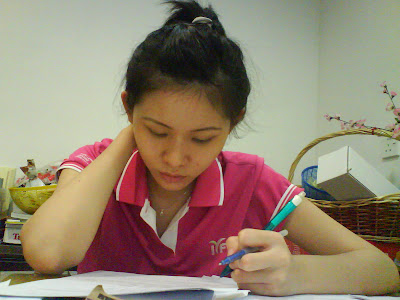 was hardcore studying (but to no avail).
and what i got in return was a more pimply face than usual for a few days til one week T____T

...still in the midst of recovering now.

That's bout it I guess. Actually there aren't many things that I did besides cutting my hair and studying and stressing for testS, assignmentS and presentationS like a mad cow. (oops, mad cows don't study but I know you get what i mean ;))


I used to think that Business is very easy and it's meant for not-so-smart people to study. But my perception was SO SO SO x100 WRONG. It's not easy at all! well at least not for my majors.

Furthermore, the business environment is ever-changing. There are so many things to read and remember. And it gets even worse when the issues are so subjective it's difficult to answer the questions sometimes.

If you ask me how's Accounting and Banking & Finance like, 1 year ago I may tell you that "it's ok. quite fun sometimes".


There are times when I almost wanna just give up. But then I know it's stupid to just give up. lol. It's either DO or DIE. I chose the former. But I was just telling some of my friends, that, I've been seeing "Risk" and "Return" so often that I've sort of gotten sick when I hear or see that word anywhere.

Anyway, whatever it is, I'm not complaining! =)

Have a nice day. 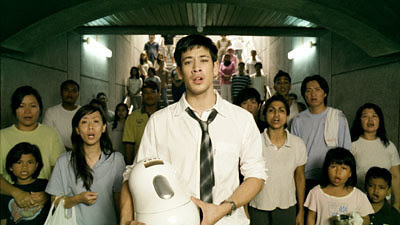 Sell Out! (a comedy + musical + i-forgot-what-else movie) is one of the very few Malaysian movies that caught my attention.
the picture above shows Peter Davis as Eric Tan holding a soy bean machine that he invented.
I don't know bout you, but it certainly looked hilarious to me. haha.

I categorise it as a "must-watch" in my list, since it looks like good stuff and also considering the fact that it's a local production and I would very much love to support Malaysian movies that I actually think is interesting.

I haven't watched it, but will definitely hit the cinemas soon to watch it. the trailer seemed interesting, and the song was good. In fact it was the song that actually caught my attention at first. So it all sums up to the importance of a trailer that attracts potential audiences to the movie yeah?

But of course, the movie has to live up to its well-done trailer, which I do not know if Sell Out! actually would do, but I'm guessing it would, since ths movie's trailer seemed nice, and I read many positive reviews about the movie, moreover the movie won several awards last year (one that I remember was at the Taipei Golden Horse Film Festival).

Well, here's the trailer that I found on YouTube. Do see it for yourself =)

I like the line where Peter Davis said "small minds think alike". pretty cool and true in a way. heh. =P
So, what do you think? Do you think it's a must-watch too? haha.
Since it's a Malaysian movie, let's all support it! Buy the original, do not do piracy, more so when it's a local production =)
Posted by Sue Shan K at 12:52 AM 2 comments: